A repeat studio visitor returned recently to look at a special blanket with handspun local Icelandic wool. She'd seen and liked the skeins of wool I'd spun from a ram named Dimayo, who I blogged about last summer. Dimayo's badgerface colour is one of the Icelandic sheep's official pattern combinations. 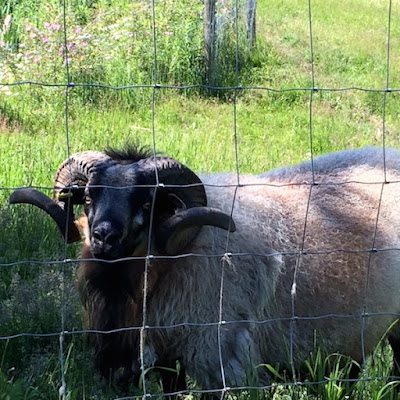 The fleece was mostly cream-coloured, supplemented with caramel and black, for a stunning yarn when randomly spun together.

I marvelled at the results as I wove this blanket in an undulating twill pattern. Knowing that my Dimayo yarn supply was a bit low, I wove strong, dark brown borders with wool left over from a ewe in Dimayo's flock, Nancy. Both Icelandic sheep fleeces were produced close by, just over on Fox Mountain near Williams Lake. Here is the blanket in the fringing process. 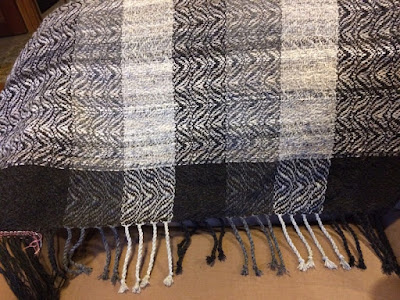 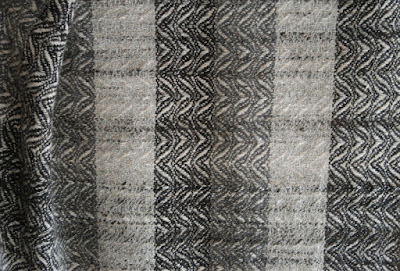 The detail and uniqueness of the woven cloth were the most incredible for me: 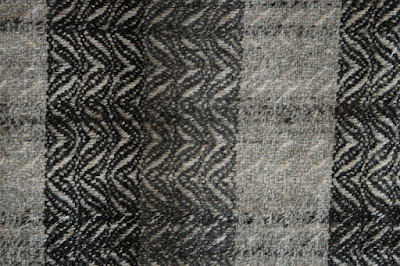 The new owner of the Dimayo blanket bought it for one of her sons ... but she admitted she might keep it for herself!