By the end of 2014, my hand towel supply was down to next to nothing, so I've been inspired to weave lots of towels this winter and spring and have some fun.

This project used a 16-thread twill repeat that was initially threaded 8765 87654321 4321. I'd beamed the warp with two dark stripes, and when I got to them I thought - hey, why not use a different threading for a little variety? I still needed a 16-thread repeat and decided on 1234567876543218. This would give the towels an interesting look because the dark and light stripes would produce different twill patterns. 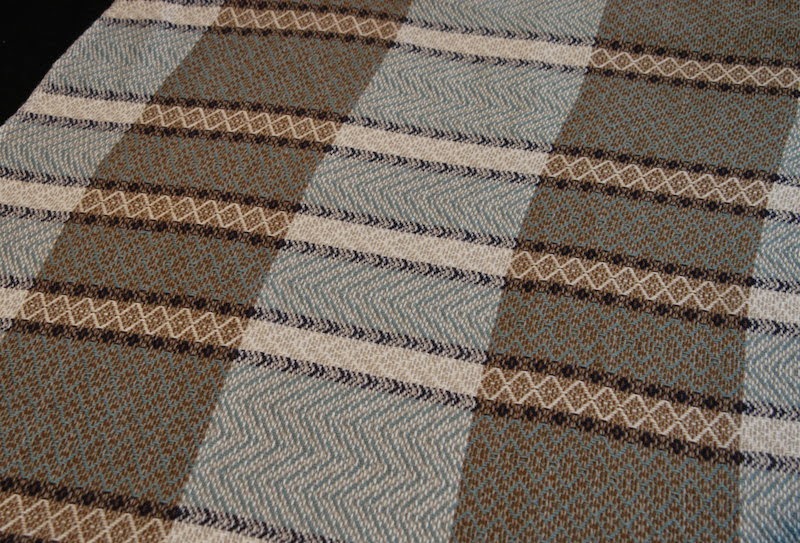 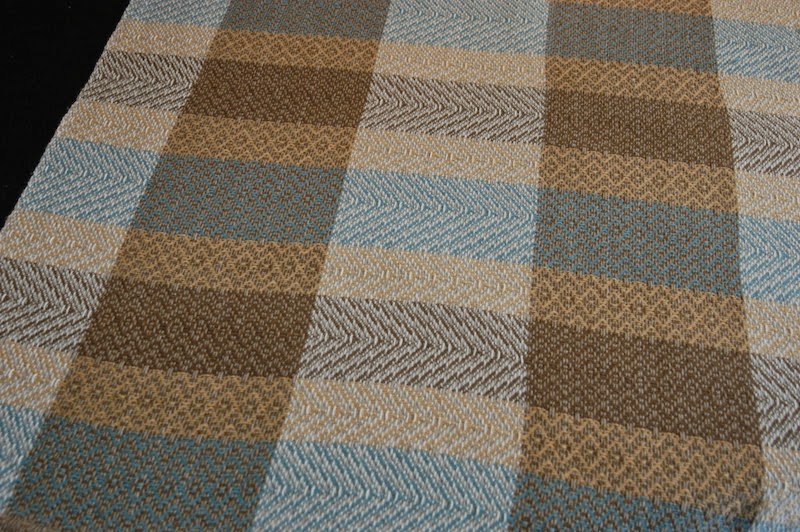 and switched to 3-2-1-2 about halfway through the warp, which gave a tighter weave structure overall. 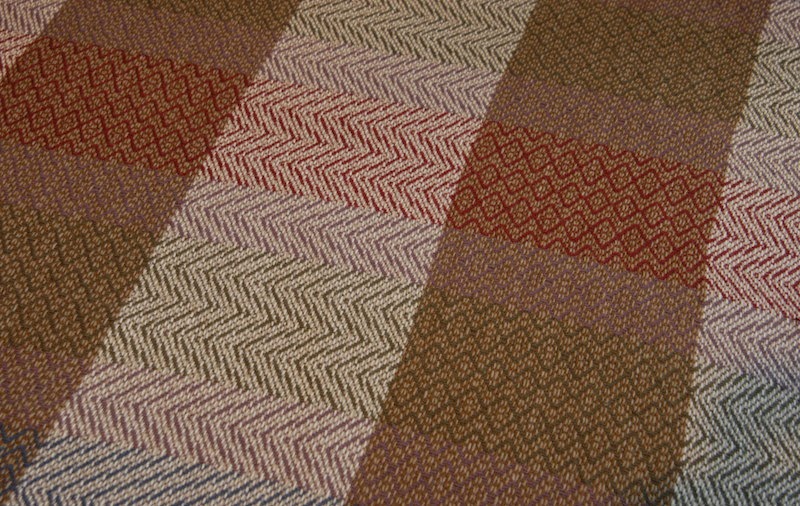 Both look great though. I really had some fun with different colours and combinations, and what I thought would look pretty awful ended up looking not bad once off the loom, and even better when washed and pressed. 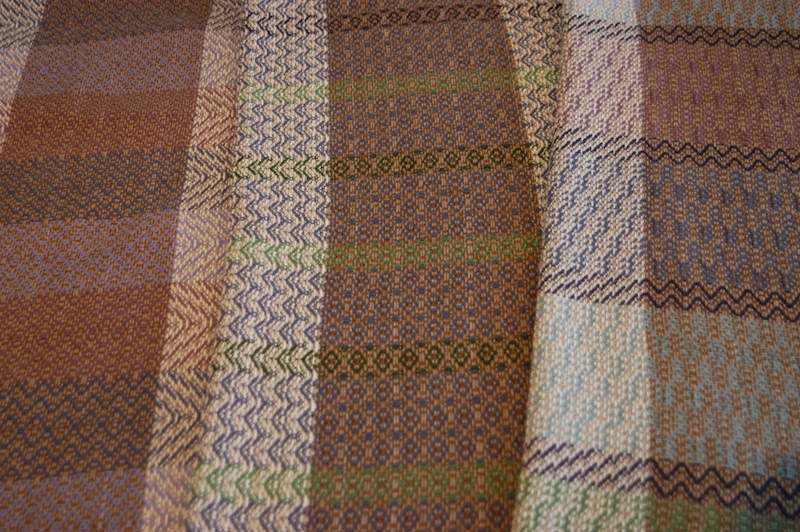 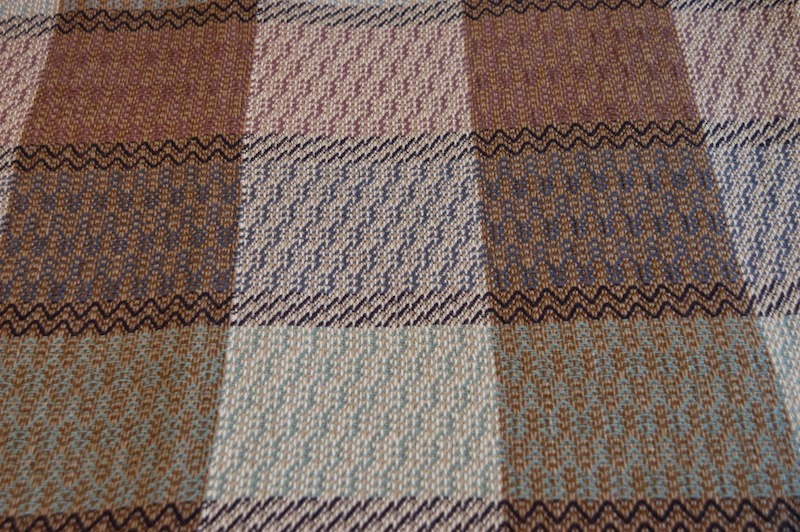 On to my next towel idea!

Two special blankets are finished and traveling to Ottawa soon. Both are my "Hearts and Chocolate" designs for Valentine's Day. Here they are with the details:

If you're interested in either blanket, please contact me or go directly to Alison at alison "at" cariboohandwoven "dot" ca. She can let you know when they arrive and are available for viewing in person.
Posted by Jane Perry at 17:21 No comments:

Email ThisBlogThis!Share to TwitterShare to FacebookShare to Pinterest
Labels: What - Wool Blankets, When

Cotton Blanket in Happy Use

This big cotton blanket sold at the medieval market in November to a couple I know pretty well. They actually visited my booth three times when, after leaving, they'd get another idea of a gift they'd like to buy and back they came. By the third time, we were laughing about this.

"He" bought this for "her" for Christmas. First, a close-up of it on the loom while being woven: 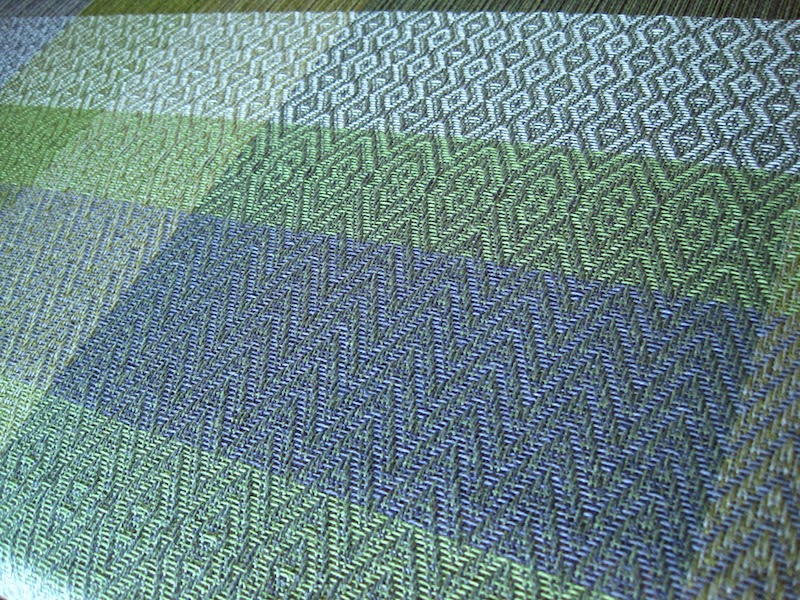 And here it is finished and draped: 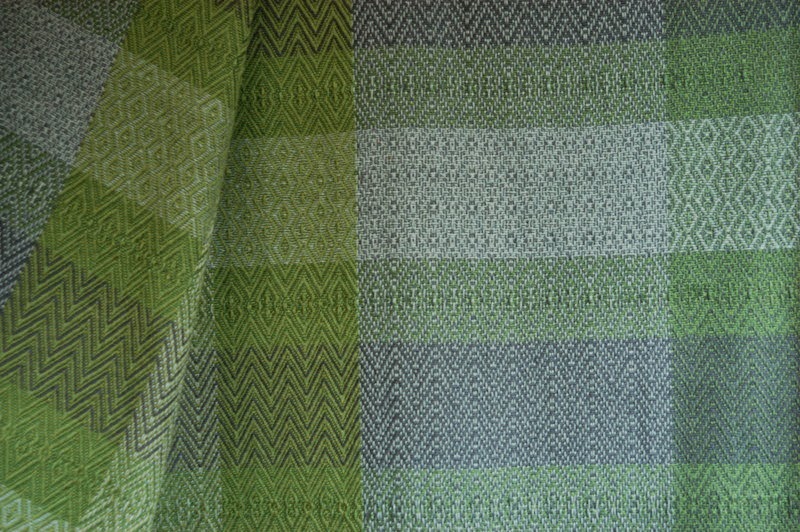 Recently, I gently enquired about how she liked her blanket since officially receiving it, and here's the quick reply:


I love my blanket.  It is my couch buddy.

My 17th set of Shetland wool blankets is based on a warp of browns, greys and rich greens. I wove with more of those tones, as well as with beautiful autumn shades of oranges and gold. And one blanket is woven entirely with my handspun wool. This is one of the most exciting blanket projects I've ever done.

Here are the blankets I have for showing now. Some can be included in my next shipment to Ottawa in a few weeks; feel free to let me if you're in Ottawa and would like a particular one sent, and then for Alison to let you know when it arrives.

Cotton Blankets in Use

A local friend is a big fan of my cotton blankets. She was the successful bidder for the big green cotton blanket at the 2013 Artwalk, and both her daughters received Memories Blankets from me when they were born.  She gave me this awesome photograph from a few years ago in a vintage frame of her with her eldest daughter, wrapped in their blankets.  The photograph was made by Leslie Rowse Photography.

I love this - thank you! 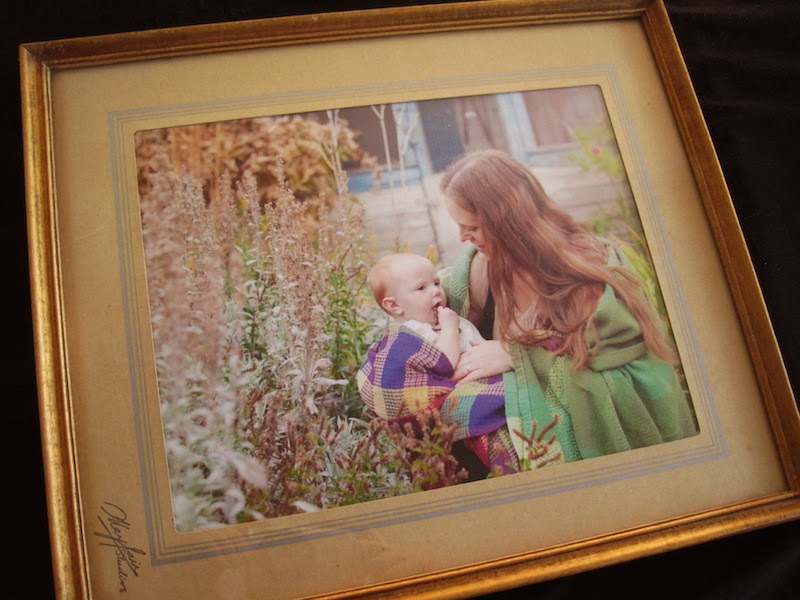